What is Cisco Meraki?

Cisco Meraki is a product range from Cisco, providing a complete range of networking products, from access points to switches to firewalls, and even security cameras. They are powerful, packed with features, yet so simple to use. Let’s see what they have to say about themselves:

Wow that’s a lot of buzzwords. Let’s break that down and simplify it.

Meraki is controlled from a cloud-hosted dashboard. The dashboard is simple and intuitive to use, yet immensely powerful.

There are no controllers or servers required on premise (in your office), as all of the brains are in the cloud. This means you can control your network from anywhere, from any device – even from a phone app. It also means that if you partner with a service provider (like us), we can easily access your network to monitor and make changes as required.

WiFi is where it all began for Meraki. Their access points are enterprise grade hardware. They are fully compliant with the latest Wi-Fi 6 standards, and use the latest technology to ensure you get the best coverage in terms of both speed and range.

The visibility provided by the WiFi is incredible. You can see every client, what applications they use, how much bandwidth they have been using – and it can all be found in a matter of seconds. Ever been in a situation where something is using all the bandwidth and making your Internet slow, and it takes ages to figure out what? That’s a thing of the past with Meraki. In fact, it’s not only easy to identify the user, it’s a couple of clicks to throttle them (well…not them…) – for example you can just click a few buttons and say “restrict this users Netflix down to 1 Mbps”.

For guest networks, it’s unbelievably simple to create captive portals to capture visitor’s email addresses, or even monetise WiFi if that’s your thing. And the insights are great – you can see how many people are first time vs recurring visitors, how long people stay for – even if they didn’t connect to your WiFi! This can revolutionise your marketing strategies – allowing you to gather emails for marketing, or monitor the success of promotions to identify which brought more people in the door or made people stay longer.

Routing is a networking term which basically means selecting the right path through a network, or between networks. I am in Barnsley, and if I want to get to London I make a “routing decision” – do I go down the A1 or do I go down the M1? I weigh those two routes up on a variety of factors – which is shortest, which is busiest, which is quickest, and I decide to go one way or the other.

Meraki supports a number of industry standard routing protocols – that is a protocol who’s responsibility it is to maintain and communicate a list of active paths – but probably most interestingly is supports something called SD-WAN.

SD-WAN (Software Defined Wide Area Networks) is a huge buzzword in networking at the moment. It is revolutionising the way we perform routing decisions, and optimise networks. It allows us do things like

if it’s Office 365 traffic, send it to Office 365. If it’s traffic for the accounting server in my head office, send it straight there over a VPN.

It allows intelligent failover or load balancing between multiple Internet circuits, or even a cellular failover (4G!). It allows us to use site to site VPN links over substantially cheaper Internet links, rather than paying out for costly MPLS links between offices.

Security is at the heart of all Meraki technology.

Content filtering (blocking known malware, gambling, social, your choice) can be performed not only on the firewall but also on the access points allowing for really granular control.

Site to site VPN’s are incredibly easy to set up to securely encrypt traffic between your offices. Client VPN’s are equally simple, so you can allow remote access for your staff to resources in your office.

Advanced Malware protection sits on the firewalls, monitoring all file downloads for anything malicious – and includes retrospective alerting so that if anything is downloaded that later is known to be malicious you will be informed. Intrusion Prevention sits monitoring traffic patterns for millions of known attacks, blocking them before they start. All of this knowledge is updated frequently, automatically, from a database maintained by Cisco TALOS – one of the worlds leading groups of security researchers.

Your data doesn’t go through the cloud, the cloud is used for management only. Despite that, the cloud dashboard has just about every security accreditation going.

The cloud controlled ethos allows for rapid deployment of new hardware – you simply configure the hardware in the cloud and once connected to the network the device will connect, download it’s configuration and get to work. Changes are equally simple – no command line, no individual configuration of devices. If you want to change your WiFi password, you do it in the cloud and it is pushed to all devices. If you want to put a bunch of ports in a certain VLAN, you just tick them and push the changes all at once.

Updates are regular and automatic – no longer do you have that switch in the corner of your office that has code from 1990 running on it, and is full of security vulnerabilities.

They are incredibly simple to use, but still with a powerful feature set.

The hardware is enterprise grade, so failure rates are low. Support is responsive – and included with your license.

If you haven’t considered Meraki for your network, get in touch – we’d be happy to give you a demo and take you through the possibilities. 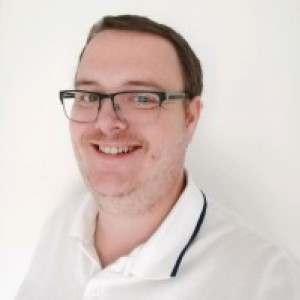