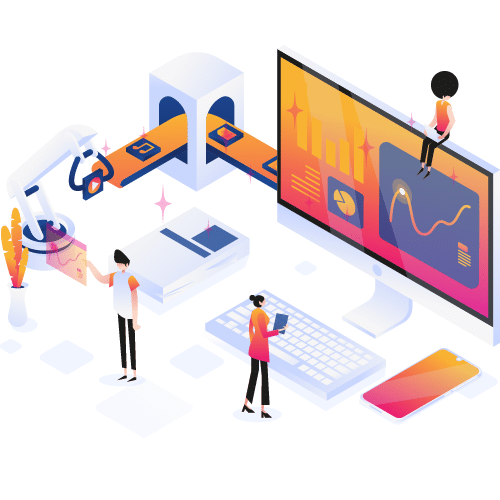 Automation can mean lots of things to lots of people. Officially:

So basically, automation is a way of getting computers to do things automatically for us.

What are the prerequisites?

Creating something bespoke is not a good candidate for automation.

Repeatability is also a big pointer when looking at what should be automated. Developing automation takes time – so if you only do something once a year and it takes 5 minutes, it may not be worth doing. If you do it every day and it takes 5 minutes, then the time saved over a year might make it more worthwhile. It’s all about the return on investment.

What are the advantages?

Ultimately, the advantages of automation are cost savings and efficiency. This is primarily driven by two factors:

Automation is usually fast. It will probably be faster than if you did it manually. Sometimes, it isn’t. Sometimes, it can be quite slow. But, automation is…automatic. So you don’t need to stand and watch it. If a process used to take you an hour to do manually, and it still takes an hour when it’s automated, that’s still good – because you start it and you have an hour spare while it is running.

With automation, there is a vastly reduced chance of errors. There is a phrase “Garbage In, Garbage Out”, which applies – if you give the wrong input to the automation is won’t be able to function properly. But if the inputs are good, the automation will follow the set procedure on those inputs and will produce the correct outputs.

I’m not saying automation is infallible – but it doesn’t come to work tired, get distracted by a phone call, or make silly mistakes.

But what actually is automation?

Anything you can think of, the sky is the limit really. It can be done on any scale – from small changes to save a few minutes a day, to huge changes to save days of work. Some food for thought:

These are all small examples – we have also worked on much bigger scales, over the course of several months, as you can see from our case study “Network Test Lab Automation”, found on our Case Studies page. The investment in these was huge, but so was the return.

As an example of how simple automation can be, here is an example where we recently implemented a process for saving quotes internally at Always Networks.

We work closely with a number of vendors and distributors at Always Networks, and we often receive quotes by email from them. There are a few of us here who obtain these quotes, so to help us collaborate more effectively we save them all to SharePoint (which we use Microsoft Teams to access).

We wanted to be able to identify these emails with quotes, and automatically save the attached quotes to the SharePoint library.

Let’s assume that saving the quote takes 30 seconds. Let’s also assume we receive, on average, 10 quotes a week. Over a year, that’s over 4 hours of labour just to put the quotes in a folder.

However, that’s not the end of it. Often, we (read, I!) forget to save the quotes into the folder. When that happens and someone else needs to work on it, they need to send out a message on Teams or make a call to find out who received the quote and ask them to save it. This takes the time of two people, and delays whatever was needing to be done. Let’s assume that happens once a week, and wastes a combined 30 minutes between the two people. That’s another 26 hours lost.

What did we do?

Using Microsoft Power Automate, we set up a flow to check inbound emails. This went through a process:

We then shared this flow and applied it to all of the users who receive quotes from our vendor.

Something like this took maybe an hour to implement. So even including the requirements gathering and testing, it was less than half a days work. Power Automate is included (at a basic level) in most of the Office 365 packages, so apart from resource the cost was nothing.

Hopefully the above example shows how easy automation can be to get started with.

It doesn’t have to mean automating an entire production line in a factory – it can be small, meaningful steps, designed to save time and money.